“NSA officials have determined that U.S. President Donald Trump was killed and was replaced by a new Trump. The new Trump has white edges around the eyes and does not have the cheeks of the previous Trump, they say. However, a White House source close to Trump says no, the same Trump, but he has an almost perfect double. He has skin cancer and they make Band-Aids. They cannot treat him normally because he would be out of business for too long and he does not want the public to know about it. In other words, the double is used for public performances because of the patches, but the real trump card is still in the hand.”

Ascension Avatar note: Trump clones have been used for a long time… Donald Marshall outed this double-crossing, trigger-happy Cloning Center Illuminati thug years ago… On this 4-4-4 Earth Day, is the “Trump card” to officially declare the WW3 he started against Iran in January with the murder of Soleimani? Why did Lisa Renee use the words “straight into the slaughterhouse” in regards to Trump’s role on the sleeping masses?

“What big hands you have, Donald — lately, that is.”

“What, The Cloning Centre didn’t replicate your ORIGINAL hands? Aw, did those wee little fingers cause you to protest too much?” 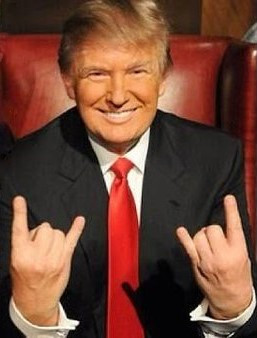 “Now Donald, stop daydreaming.  Don’t you have work to do?…” 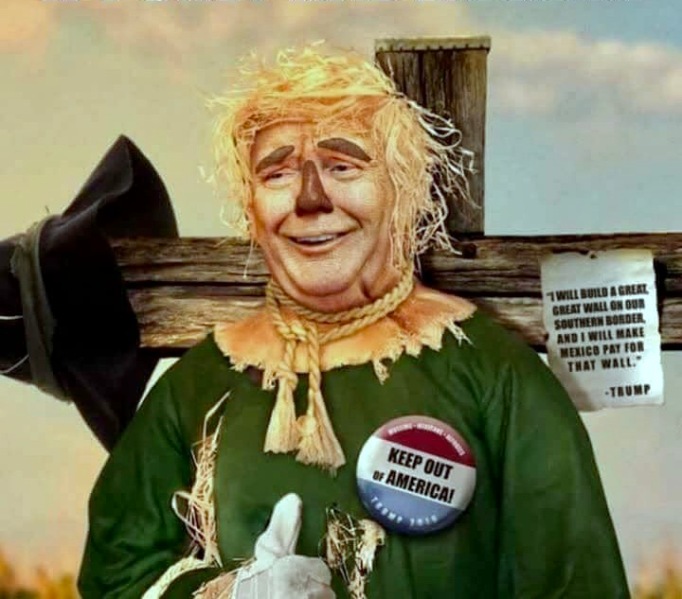 “So, you’re getting dumb and dumber with each body that fizzles out and is replicated? Oh, ALL clones do that! Keep that sagging double-chin up! You just opened huge black-hole portals with your recent command to BRING ON 5G NOW — AND 6G!“

“Keep looking on the bright side! As a clone you can have all the Big Macs, Whoppers, KFC and Diet Cokes you want, and NEVER have to worry about lowering your brain-cell count! And if it’s any consolation, just think of all those dumb people who WEREN’T clones that voted for you, AS IF it would have made a difference anyway! Now THAT should bring a smile to your face! On another positive note, your MK-Ultra Fembot wife has not been caught on film short-circuiting, losing parts or shooting sparks, and YOU have not had any catastrophic curbside malfunctions in full view of media news crews like ANOTHER Cloning Centre regular did, *AHEM*…”

“And THAT was brutal, wasn’t it? Can you just imagine your future clone watching a previous version of itself on YouTube, breaking down and frying-out while being shoved into a shiny, growling black hearse — much like the one you ominously call — ‘The Beast’?” 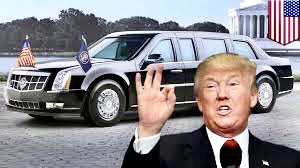 Here, click on the link below… ‘The Other Donald’ at The Cloning Centre you’re stamped-out at who invented and ‘marshalled’ his talents into this gizmo says you shot his clone in the stomach then took all of the credit and profits! We knew you were a gangsta criminal, but is this one of the reasons you won’t show us your IRS tax returns? AND you’ve been bankrupt “6 or 7” times? The 6-7 times bankrupt president who says “Let’s make America great again”? What a farce!