What’s the biggest event of the year? The Goodbye YouTube Party, of course! Join James, Derrick, Ryan, Dan and Josh as they celebrate being kicked off the enemy’s controlled information platform (well, everyone except James, that shill!). We look forward to pioneering the next phase of the development of the independent media and share our ideas about exciting new opportunities for sharing information outside of the grasp of the controlled Big Tech social media oligopoly.

“When governments lie the truth becomes a conspiracy theory.” 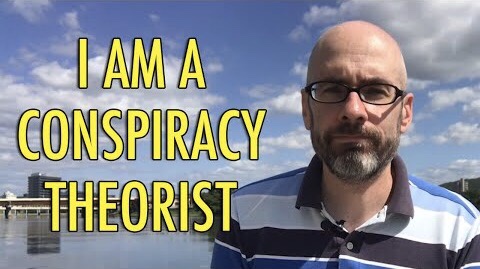 If you are afraid of being called a conspiracy theorist, then those words are having their intended effect. I will not censor myself to appeal to the Normie McNormiesons of the world. Yes, sometimes I theorize about conspiracies. And guess what? So do you! Now let’s discuss some evidence, shall we?

“They call me a ‘conspiracy theorist’. I call them a ‘reality denier’.”

“No one has ever called me a ‘conspiracy theorist’. Usually by the time I’ve thrown a ‘truth bomb’, in words a kindergartener could understand, they either have an ‘awakening moment’, or they are speechless and feel stupid for allowing themselves to be so blind. Most of the time, they completely agree, and are not afraid to discuss it openly and freely, so that if any bystander should hear, they might experience their moment of awakening, too.” 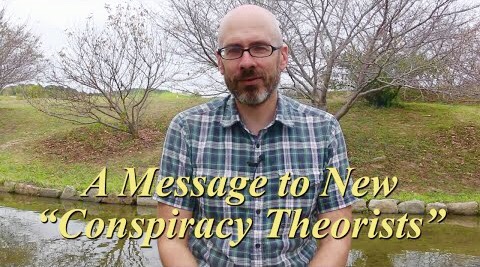 So, it’s 2020 and you’ve fallen down the rabbit hole. Disorienting, isn’t it? Well, don’t worry: you are not alone. On this special edition of The Corbett Report, James Corbett welcomes all the newcomers to the reality-based community and gives them some tips and advice that he’s learned along the way about navigating this world of lies and cover ups.

“For, as more and more people have started to ‘wake up’ and think again for themselves, we are becoming more and more in touch with our higher selves.”

Not only is propaganda, dressed up as news, a regular feature of mainstream media in Britain and other countries, but the campaign to prevent others from sharing more truthful information is well under way.

So-called ‘conspiracy videos’ are being removed from YouTube at a rapid rate and being replaced with media debunking truth seekers as both weird and borderline criminal.

The prospect of a truther being prosecuted for expressing his or her opinion based on having committed a ‘hate crime’ is becoming more and more real by the day.

I have experienced some examples when writing or speaking what I consider to be the truth has been met with hell and fury.

For example, I queried whether the mainstream narrative of the Manchester Arena bombing in 2017 was correct, quoting research by Richard D Hall that suggested it may have been a staged event.

Immediately I was confronted with responses on the lines of ‘how dare you belittle the suffering of families of those who died’. That’s a watered-down version for polite adult consumption.

And that’s very understandable. For example, if I am wrong in believing that Madeleine McCann died in the apartment in Portugal and was not abducted, that is an extremely hurtful comment, as I was reminded as recently as this morning.

But, on the other hand, the truth is rarely an easy thing to take. At times it is traumatic and devastating. And, in my honest opinion, those who seek the truth must attempt to shine a light on the rubbish we are handed out as gospel.

But what would happen should our voices be silenced? Is that the end of the truth movement? Will the masses be fed tripe until Kingdom come?

Not at all. Infact the very opposite. For what has happened over the last few years — most particularly during the lifetime of the Internet — can’t be reversed by Government censors.

If they believe that for one moment, they are completely misunderstanding what is going on.

For, as more and more people have started to ‘wake up’ and think again for themselves, we are becoming more and more in touch with our higher selves.

Here’s an example. For centuries it has been perceived that priests, vicars and other church leaders are the torch bearers of the truth about Jesus Christ and, along with the written word, pass this down to the people.

But as the people evolve and mature spiritually, they are fast becoming redundant.

They are catching onto the words of Jesus himself that ‘the Kingdom of God’ lies within and realising there is no need for a go-between. Infact the latter can be a barrier between the seeker and the truth.

It’s much the same with other forms of truth. We may feel we would be lost without the wise words of any number of speakers and authors, yet ultimately that is not the case.

We are not being roused from our slumbers without having the tools to flourish.

The consciousness of human beings is increasing to such an extent that soon we will be able to discern between right and wrong without referring to other opinions.

We should also take comfort from the fact that the words we have spoken and/or written will continue to have a major impact long after we have gone.

Just as we took time to come to a knowledge that all is not as it seems in this world, the waking up process of others often takes time.

Consider how the wisdom and foreknowledge of George Orwell continues to make an impact today.

Those who reject and vilify are at least partly on the rode to enlightenment — it is those who close their eyes and have no opinion who are furthest from the truth.

What is the worst anyone can do to us?

They took the most famous man who ever lived to a kangaroo court on trumped up charges of a ‘hate crime’ of stirring up the masses an hung him on a cross to die.

Yet his words and his actions live on more than 2,000 years later.

They can silence the prophets of 2019 — but they can’t stop the truth from spreading faster and faster as a result.

The Truth…Isn’t Out There? Trump Had Meeting On UFOs But ‘Doesn’t Believe’ In Them