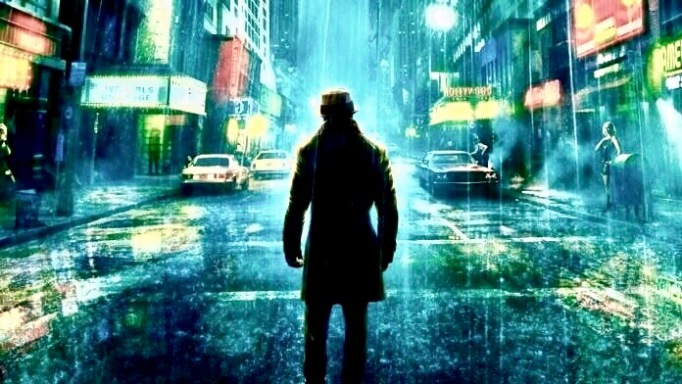 “Our life purpose isn’t always something big. It can be as simple as taking it easy, being a good listener, a collector of information, a protector of historic artefacts, doing healing and energy work, or helping animals. We are multidimensional beings and depending on how open-minded you are, I have found people to be ‘anchors’: bringing in higher vibrational frequencies and anchoring it into the planet and they do it by just being here.”

Finding our life purpose is a question most of us seek in life. It gives Life a purpose and gives us direction and clarity to know the meaning to why we are here. This article will hopefully assist you in finding your purpose.

The first step to find one’s life purpose is to start by doing self-inquiry and you can do that by asking yourself two questions:

By making a list of the above including all the things you enjoy such as your hobbies or your passions you will get a visual image of what’s already your life purpose, the things you love and the things that brings you fulfilment. So many of us are in jobs that we hate and doing things that doesn’t feel good and it may make you feel like you’re swimming upstream with a rush of water that keeps pushing you back and no matter what you do, it feels like you’re just not getting anywhere. Getting to know your life purpose will come naturally to you.

When you are doing something that doesn’t align with what you really want to do, it means that you are suffering (emotionally) and this could be minor things that you don’t think is important at all. By becoming present and questioning everything you do (your actions) you will become more aware and step into who you truly are and become aware of your life purpose more fully.

Our life purpose isn’t always something big. It can be as simple as taking it easy, being a good listener, a collector of information, a protector of historic artefacts, doing healing and energy work, or helping animals. We are multidimensional beings and depending on how open-minded you are, I have found people to be ‘anchors’: bringing in higher vibrational frequencies and anchoring it into the planet and they do it by just being here.

Find joy in life, go out and experience the world, meet new people, and in that experience, we open the doors to endless possibilities. 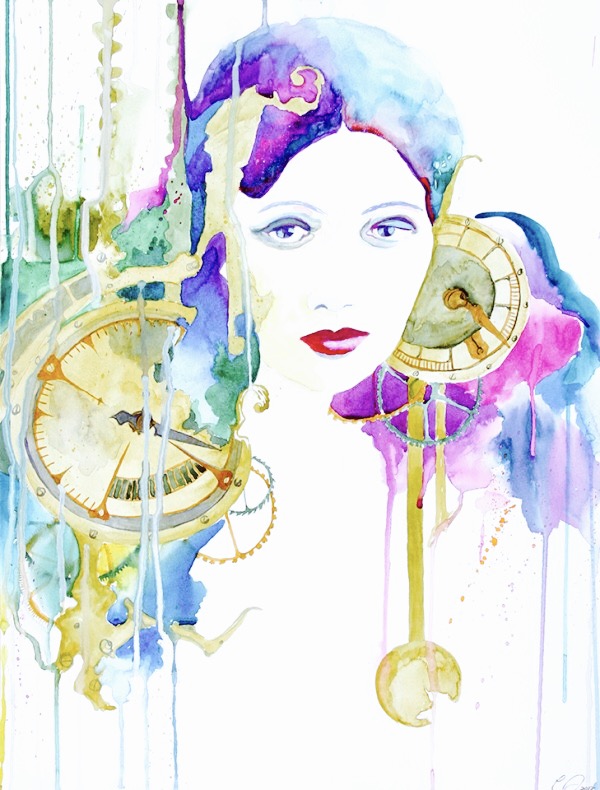 Do you feel like you are losing your mind, forgetting simple details? Rest assured you’re not, it’s actually one of the ascension symptoms we are all currently experiencing.

You can’t seem to remember what someone told you yesterday or maybe it just feels like your mind is becoming a sieve. You start thinking that you might need Memory supplements, your friends suggest reading more to challenge your mind to keep it active; and It’s true, we all need to use our muscles to keep them healthy. The brain is a muscle, but we don’t seem to use it as much as we use to. Let’s face it, technology has taken over a lot of problem solving tasks, but this is not the reason we are losing our memory, it is actually the complete opposite.

Our consciousness is gradually splitting away from the physical world and we no longer need to rely on our physical mind as much as we have done in the past. We are moving into higher states of consciousness and moving into the era of knowingness.

There is no better time than the present to practice to trust your internal guidance and to follow your intuition. By sitting in quiet meditation and getting to know how the real YOU feel — your essence as a pure energy being. You will find the balance between the heart and mind as you become more aware of the changes happening within you. You will start to notice how your feelings are pulling you into the direction you are meant to be going. These thoughts might be as subtle as:

When living in your thinking mind and you are analyzing every decision you make or would like to make — will lead you to miss crucial opportunities. If you do, it might lead you to look at something and instinctively where you will know that something might happen before it actually does. You may get a feeling of knowingness and you get the opportunity to follow and trust your intuition. But do you?

When you are consciously thinking, you can feel the mind as it is working, analyzing and compartmentalizing. Sometimes you get home after a long day at work and you are tired, but not because of the physical work but the mental thinking you have been doing. Moving into the era of knowingness, your mind will no longer have to work as hard. Your mind feels empty and it feels like you’re not retaining as much information as you used to. Think of it as you storing the information in ‘The Cloud’.

The knowingness will come to you in a manner where you will be able to automatically read a person by just being in their auric field or connecting to them through thought. You may experience having a knowingness of what they are feeling without being in their presence. You may be so connected to someone that you will immediately know when something is wrong, and you will be guided to pick up the phone and call them.

The key is to Trust.

Enhance your natural abilities through practicing psychometry, meditation and or any other techniques that will allow you to use your senses more, instead of your mind.

One person should draw shapes of all kinds on different pieces of paper.

Shuffle them and then give one to each member in you group.

No one will know what was drawn but you.

Take turns, and tune into one drawing.

Guess by describing what you see.

A minimum of two can participate and an ideal group size of 6. 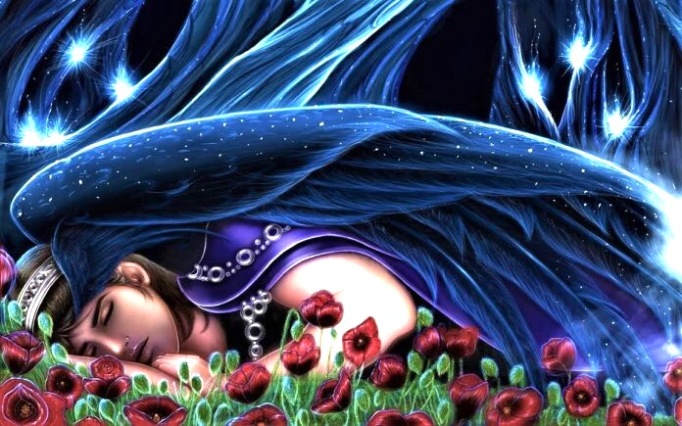 “Change is inevitable as there is constant change within the universe and within ourselves. Collectively with mother Gaia, we have realized our potential for change and it is happening right now. The transition into 5D has begun.”

All you have to do is the intention of having a 5D experience as you fall asleep and leave the rest to the higher dimensional aspect known as your Higher-Self.

Like many, lucid dreaming is occurring more often as we become aware of the fact that we are working in a new dimension in dream state.  Have you ever wondered what the new earth might look like or how we are currently making the transition into the 5D?

It was early morning and I was coming back to full consciousness, all I could hear myself say is “remember, remember, remember.”  We all know that dreams fade so quickly as we come back to full consciousness, although on this occasion this was not just an ordinary dream.  I was waking up having spent the night in the dimension known as 5D.  There is such a thin layer separating us now that a blending of both worlds occurred, but I was still unable to remain in that dimension.

The 5D is like ours in likeness, there’s peace and love and it all seems to have a perfect balance as there are no accumulated Karma to clear, no violence and no wars.  The transition will be gradual, and we all have been wondering on how this will unfold as there are many variations on what is being reported.  None of them are wrong, all reporters are getting to know the next world in stages.  As I was given a glimpse of this New Earth, I know that we will be guided through the transition period and that we should not be concerned about how our reality construct will be crumbling around us.

Did you know that only 000.1% of our physical world is made out of physical material matter?  Like our bodies, the Earth is also shedding her ‘physical body’ and so are we.  This transition will not happen overnight and it doesn’t mean that we will no longer be in this ‘physical body’ as I believe that we will be.  Our vibrational frequency will be increasing, the veil is thinning and gradually the transition will be made.  The lower density world will still be in existence for those who want to incarnate here and have a 3D experience.

The beauty beyond the veil was indescribable.  There were guides in the 5D assigned to help with the transition.  By getting those who are ready for the ascension process to familiarise themselves with the New Earth.  This will assist with the understanding of how things will unfold.  The colors were bright with lots of different variations of pink that stood out.  I was aware of the physical 3D world and the people within it, although they were not aware of me.  Our vibrations were different and of two worlds.  There was mind to mind communication with no need to physically speak your mind.  I felt drawn to have physical material things although it was no longer a necessity to have.

Imagine yourself behind a bulletproof glass window where one side is a mirror and the other translucent.  When we make the transition, you will be able to see through the veil, but you won’t be able to interact with the other side.  It’s like flying in an Airplane with a whole world beneath you and you cannot touch it and you cannot influence it.  You are so close, but yet so far out of reach.

Gaia is a conscious living being with ‘thoughts,’ as strange as that might sound; thoughts hold energy and power.  As Humans we have the understanding that thoughts become things and it’s an intention you set for yourself as to where you want to go and see yourself in the future.  Allow me to break it down:

We are cells within a body. Within cells there are molecules, then atoms.  If we break it down once more and you will get subatomic particles which is your neurons and protons and then you get to the level of pure energy which is what we are.  We are 9.999% energy with 0.001% of physical matter.  Energy is just that — it is nothing and everything until our hearts and minds are in unison to manifest the desired outcome.

Gaia is doing just that!  She has realized her potential, she has seen what she could become and have set the intention to create an ascended future self and therefore it will be.  Change is inevitable as there is constant change within the universe and within ourselves.  Collectively with mother Gaia, we have realized our potential for change and it is happening right now.  The transition into 5D has begun.

About the author: Chrysilla is a Quantum Healing practitioner & Medium located in Buckinghamshire — Aylesbury. Chrysilla.lewies@gmail.com