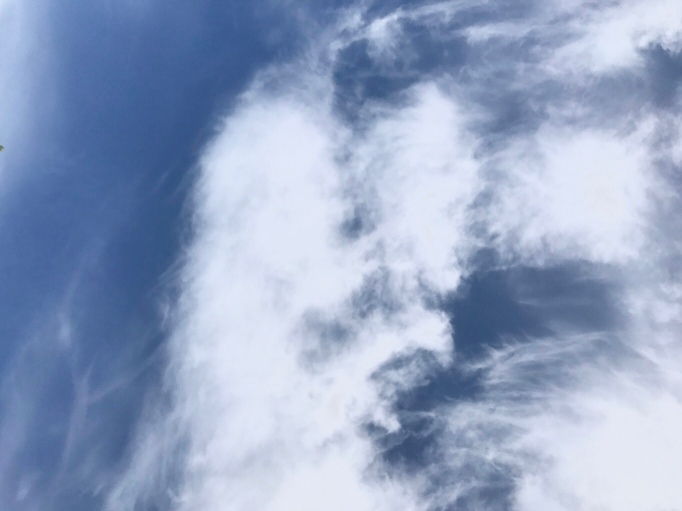 “G.O.A.T. represents God Of All Things to the satanists and Luciferians, who commonly refer to goats or use goat heads in their rituals. This GOAT mind can be observed as an energetic signature that appears as an electronic laser symbol brand, mark of the beast curse or goat head sigil emblazoned on top of the crown or written on top of the brain of that individual. This mark of the beast symbolism is viewed on multiple dimensions of reality to denote satanic branding on people or things connected to Baphomet grids or to represent satanic astral portal systems. Starseed people tend to be natural empaths because they have unique neural profiles in which their limbic system actually functions at higher levels to communicate with their heart center. The Controllers want to destroy the emotional functions and higher sensory experiences connected to spiritual experiences that are provided by healthy human brains by targeting our bio-neurology with an assortment of energetic and physical neuro-toxins. The global plandemic was the cover agenda for inciting the fight or flight autonomic system to activate the GOAT mind in the masses through the belief in a fraudulent virulent killer disease. This goat head symbol has been observed on the brains of those that have taken the mRNA injection and then died as a result, this was observed when on special rescue operations orchestrated by Defender Guardian forces. Sadly, we have been taking part in soul capture retrievals from current alien nanotech materials being exposed or injected into vulnerable souls, who passed their body from the toxic nanoparticle injections in which the nano was programmed to deposit soul groups into the past AI timelines in collection pits. The numbers of death from these injections are showing us to be from a few years of accumulated exposure, and the rate of death is much higher than it is being reported.”

“It is time to stop questioning how this virus originated or could spread globally by such gross negligence and understand that the matrix of evil running our world has purposely orchestrated the release of several sequences of intended biological murder weapons that are designed primarily as soft kill agendas. Soft kill means that the intended murder weapon is hidden and the killing is not immediate, it remains unseen as a part of the warfare, as a military strategy it is designed to destabilize and weaken, to slowly injure and kill over time. This way the citizens will not see who the real murderers and eugenicists are as they claim plausible deniability. When severe injuries and death from the shot are currently being aggressively denied, this is a form of soft kill method psyop carried out by the hospitals and medical professionals that are unwilling to assign the cause of onset and diseases attributed to the actual shots because of the liability that damages the credibility of the medical industry and the controlled narrative. These shots are multifaceted biological weapons that have impacts upon physical and spiritual planes and are specifically designed to be rolled out in sequences that have additional factors for combining and building elements, in situ. This means they are designed to react with human tissues and produce cellular pleomorphic changes inside of the body that are untraceable or difficult to find the origin. Such as parasite eggs that remain dormant in their life cycle until they are activated by other exposures or AI programmable carbon nanobots that can be assembled into crystalline formations that are enmeshed within the organic tissues to take over the individual’s bio-neurology. There is not one drop of human kindness or benevolence present in the pharmaceutical manufacturing of these shots, whether they contain saline placebos, aluminum carbon hydra parasites, trypanosoma cruzi, antigens or graphene oxide, for all intents and purposes these are biological weapons formulated with the intent to maim, injure and murder. And now they plan to inject this poison into young children by brainwashing their parents to believe the evil and corrupt trusted experts on mainstream media and news that are directly employed or paid a salary to carry out this sham by the global health mafia.”

~Lisa Renee, via Psychology of Evil 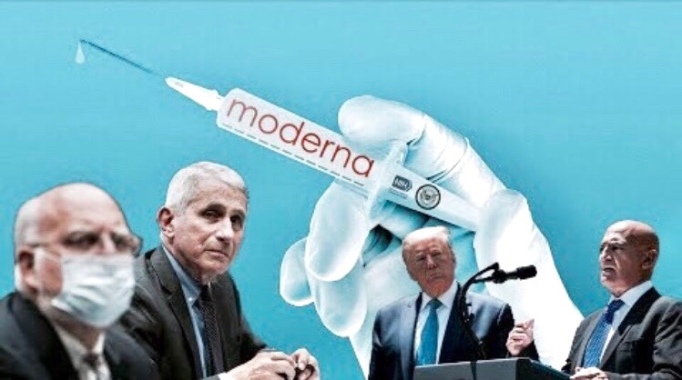 (Photos selected by blog editor and are not a reflection of Lisa Renee or her source article.) 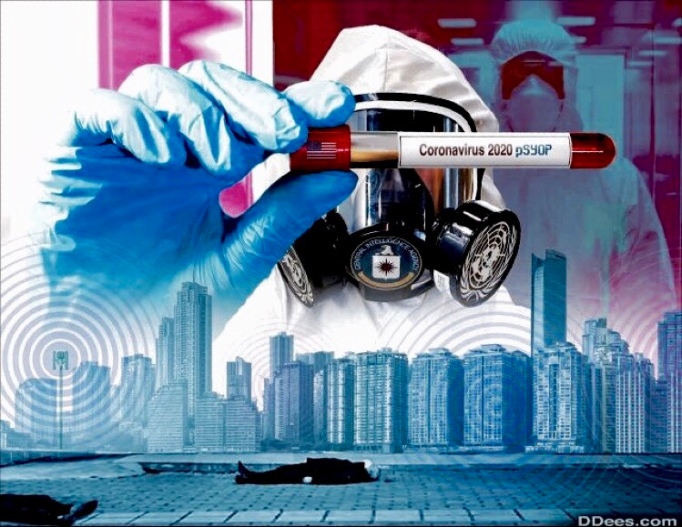 “Many more people have been killed by the bio-weapon injection than we are being told. The mainstream sources of news are fully controlled propaganda machines run in coordination with military intelligence run by the Controller groups. As an example, sadly, all the statistics we are given about the bio-weapon pysops are largely manipulated and skewed making it nearly impossible to tell what is what. This makes this time very difficult because we are being weakened by not having access to current information or knowing the position of hot warfare when it is being carried out. They have been hiding deaths, and cataloguing who has received which vaccine lots. The biggest challenge we all have is the immense grief of those people we love and care for being taken in by the darkness, deceit and lies, and that many hurt themselves when believing these lies. Although when and if they leave their body it will be in a much better space as it will be a briefing life review and release of the mind control suffered on this reality plane. 5D benevolent groups were notified of human genocide violations recently, they are deciding what to do about that. Genocide will be known and those involved ultimately prosecuted by tribunal. We must remember that many of these people running this NAA agenda look human but they are not, they are the ones put in control by their superiors to farm humanity for their kind.” 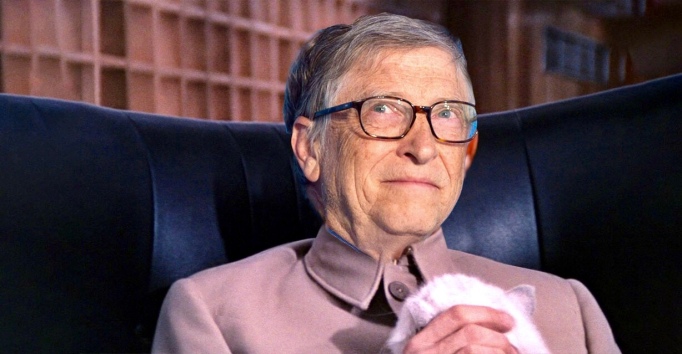 ~via The Collective Awakening Event 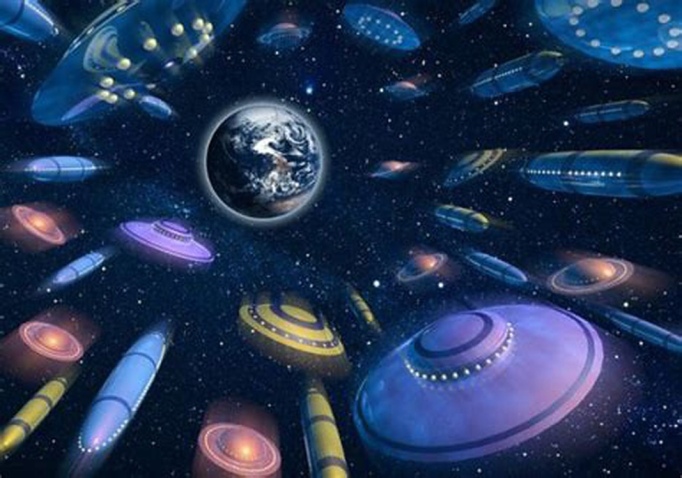 “There is an active spiritual war being waged against humanity by nonhuman controllers extending to off-planet conflicts and the parking lot of ET crafts sitting in the Kuiper Belt. Some of these groups are strong-arming the nations in western cultures to collapse democratic or libertarian based ideologies that support individual sovereignty in order to fall into the globalist slavery system of collectivism via techno-totalitarianism — these are the handpicked bloodlines and aliens working at the top of the pyramid of global control. We must remember that many of these people running this NAA agenda look human but they are not, they are the ones put in control by their superiors to farm humanity for their kind. Humanity does prevail in a much better timeline where the truth is able to be spoken and we regain our freedoms when emerging into a completely new version of this reality system. It will come in divine timing, and this shift will bring us to explore a new society so we will need to be flexible, adaptable, and connected to our heart and God’s holy spirit. Thus, do your best to not take the negativity inside your heart, and keep your focus on spiritually strengthening yourself, asking for guidance and acting upon it, setting intentions for how to be of service after we go through this BIG EVENT. Your intention to connect with God and have a good loving heart is enough, use common sense, listen to your loving inner Christos spirit and do not give up — we are almost there!”

~via The Collective Awakening Event 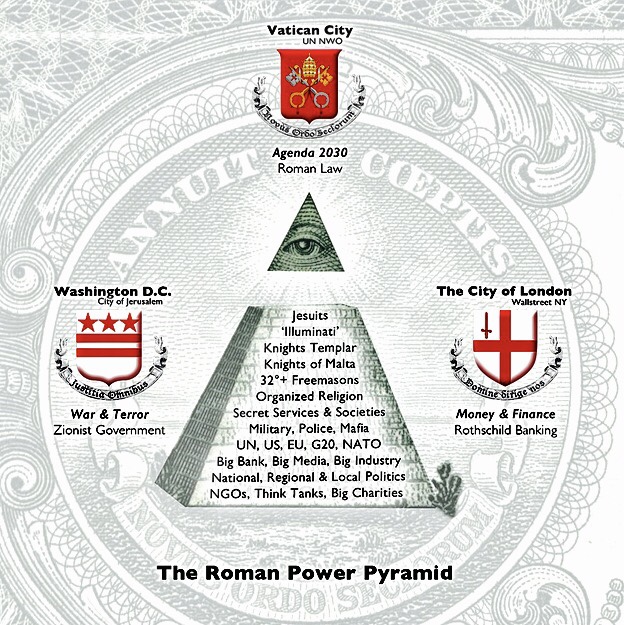 “It is critical as spiritually mature adults that we understand the reasons the world economy, the unrestricted power and wealth that is given to the Power Elites through deep state organizations, is being run on the foundation of pedophilia, sodomy and child sex molester related activities. Only then can we understand why they seek to legalize and normalize sex with children — globally. This is purely an anti-human agenda that is designed to destroy and subjugate the entire human race, starting with attacking the most vulnerable, the infants and children. Children are unable to protect themselves from being abused and spiritually violated through molestation, and thus sexual abuse causes excessive damage to the mental and emotional functioning, as well as damage to the physical body for the rest of their lives. Sex with children is the most heinous and vile activity any person can do to cause great multidimensional harm to that person, as well as binding them energetically to an assortment of predatorial forces and parasitic entities. The spiritual damage that is incurred through this most depraved activity to oppress humanity cannot be overestimated. In the Guardian use of the term Moloch, it is used to describe receptacles on the Astral Plane that operate as battery tanks for harvested Loosh, which is generally sexual in nature. Moloch tanks are used by the NAA forces to collect and store human sexual energy as a battery source, generally the tanks are more specialized as sourcing from the consciousness bodies of molested children, which is the real purpose that is behind the promotion of legalizing pedophilic practices.”