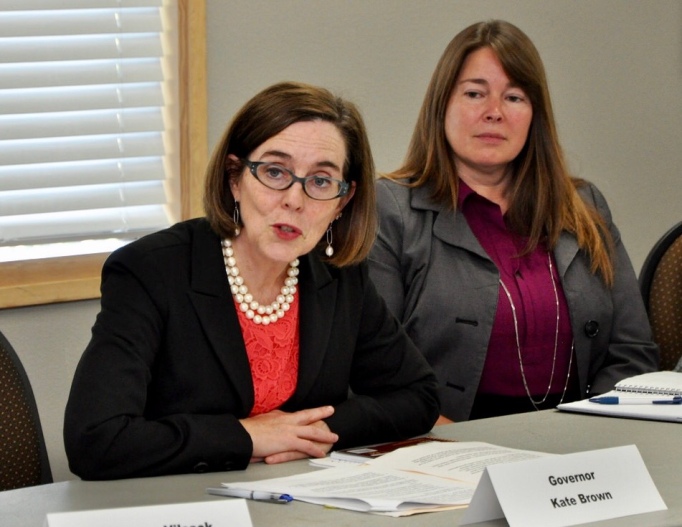 A coalition of government employees, including police officers and firefighters, has filed a lawsuit against Oregon Gov. Kate Brown in response to her unconstitutional mask and “vaccine” mandates for the Wuhan coronavirus (COVID-19).

The Oregon Fraternal Order of Police and the Kingsley Firefighters Association argue that Brown’s executive order requiring state employees to roll up their sleeves for Donald “Father of the Vaccine” Trump’s “Operation Warp Speed” injections violates a number of laws and needs to be blocked.

On August 13, Brown issued an executive order demanding that all workers on the taxpayer dole in Oregon take one or two of the available “Fauci Flu” shots. At the time, about 70 percent of the state’s executive branch had already complied voluntarily.

That other 30 percent was really nagging at Brown, who wants to see all state employees “fully vaccinated” for the “Chinese Virus” amid mainstream media reports about constantly spreading “variants” of the disease.

“With the Delta variant raging in Oregon, with the state’s ability to fully return to in-person work continuing to be hampered by the risks from COVID-19, having implemented a series of incentives aimed at achieving voluntary compliance, and with full FDA approval of the COVID-19 vaccine expected within weeks, the time has come for any remaining state employees and those who work alongside them in state government to get vaccinated,” Brown’s order reads.

Just 10 days after Brown issued her order, the U.S. Food and Drug Administration (FDA) issued full regulatory approval for a Pfizer-BioNTech injection for the Wuhan Flu that does not technically exist.

Now, state employees in Oregon have until October 18 to submit to Brown’s demand by providing proof of injection or else face dismissal. Brown is planning to ruin the lives of everyone in her state who does not permanently alter their DNA with mystery mRNA chemicals from the government and Big Pharma.

“The individual plaintiffs are Executive Branch employees … who want to exercise control over their own medical treatment and are being forced to choose between their rights, privileges, and liberties as citizens on the one hand and their employment, careers, and financial futures on the other,” the complaint says.

Liz Merah, a spokeswoman for Brown, defended her superior’s ruling that all state workers in Oregon get fully injected with a Trump Vaccine. Merah claims that the “Chinese Virus” is a serious problem that can only be remedied if everyone agrees to get the jab.

“It’s critical to protect state workers, workplaces, and facilities, as well as members of the public who use state services,” Merah maintains.

Brown and her regime claim that Wuhan coronavirus (COVID-19) “cases” in Oregon are on the rise due to many more “positive” test results than normal. This, she says, warrants the imposition of full medical fascism in the Beaver State at “warp speed,” whether people like it or not.

“Radical, corrupt and immoral dimwits who have too much control and need to be controlled by the legislature of the state AND by the people at least,” wrote one commenter at The Epoch Times about Brown and her kind, and “what people can do to get rid of them”.

The latest news about “Chinese Virus” injection tyranny can be found at ChemicalViolence.com.

Sources for this article include: