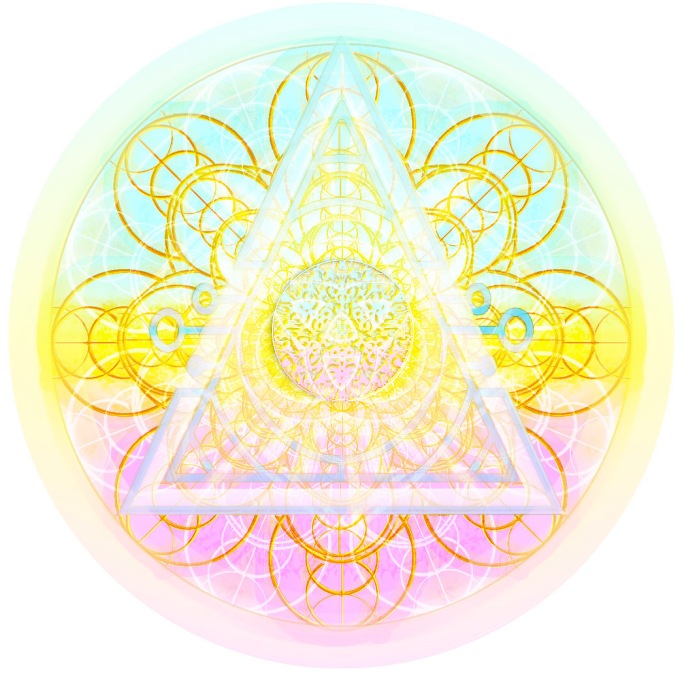 Think of the three sources of the original primal sounds of universal creation — The Threefold Flame. The first unit, as an energy matrix unit is a tri-wave, that which contains potentials for all polarities or no polarity. This is the neutral charge, or zero point, the God Head is that field which this planet is moving into. The Three Flames are all One, yet they are distinct tones on their own. This is the paradox of Trinity Source of the God Head. The Holy Mother, the Holy Father and the Holy Son (Christos) are all One as the Godhead, however the Mother is not the Father, nor the Son. There is an energy matrix comprised of frequency that is a tri-wave tone, this tone is inter-dimensional and also a part of the core substance of our universal matrix. Another word for tri is omni — it is omni-directional, that which moves in any and all directions, within it contains all potentialities, polarity or not. These units vibrate energy that perpetually cycle back and forth between this state of bi-polar light radiation. The tri is three, while the bi is two. At this time on earth we are leaving the bi-wave polarity (Electromagnetism) and evolving into the potential of the tri-wave (Zero point). When we come into understanding bipolar radiation; we understand the original trinity and completion of the source projecting out its consciousness units into a bi-wave polarity, which is the pair of opposites that manifest matter creations, the masculine and feminine principles. The electromagnetic principles reflect the gender pairs, and this helps us understand the core manifestation structure from which all matter manifestation is built. In working with that bi polar wave, it is the radiation unit that forms the electromagnetic scalar standing wave. All matter forms have a manifestation blueprint which is built upon the scalar standing wave patterns that are immovable. It appears to move but does not move. Like Christmas tree lights, they flash on and off into the continuation and traction and expansion of the fission and fusion between the anti-particle and particle units that create the manifestation blueprints of form, as we know it. From the quantum mechanics of the instruction sets of the blueprint fields, the laws of energy are reversed from the measurements of matter of which current science produces. This is because all matter forms at the quantum level have a projected negative which is the energetic blueprint form holder of the actual matter form. This is similar to seeing undeveloped camera film, the photo negative of the film before it is processed into an actual photographic picture. This is actually a blueprint of the developed picture and by looking at the reversed negative, one can see how the actual picture will develop. The same happens for all manifested matter bodies, everything that is in a form, has an instruction set or “blueprint negative”. This is also a construct of the spiritual light bodies, which are intelligence bodies holding instruction sets. These instruction sets are also called morphogenetic fields (as coined by Rupert Sheldrake).

We could say the bi polar wave is the sub tone of the tri tone wave. Through that bi polar light wave projection, is the electromagnetism that creates the particle and anti particle template of our universal structure. The particle unit represents the contraction phase of that tri wave energy unit. Thinking of a big circle which contain all potentials and using the example of in breath and it’s outbreath of source, the particle unit is represented as the in breath of the energy that is contracted and received by that omni polar or tri tone state, the complete energy matrix. This is the base magnetic tone of that tri tone energy unit. The anti-particle unit represents the outbreath or expansion phase of anti matter or anti particle energy and is considered the base electrical. Together, we know these units function as the female and masculine principles of energy. This is to help you to understand that this is much more than gender as we think of it, but that gender principles have relevancy in the core mechanics of creation that is based on electromagnetic energy. Gender principles, through the pair of opposites, create the continuing cycle of this tri tone energy unit, projecting itself into a bi polar spectrum of light. The energy thrust expands into an anti-particle vibration point as an electrical force that contracts into a particle vibration point, creating the magnetic pole and that is third vibration or tone of the tri tone wave that draws the entire composite energy back into the source. When the energy is drawn back into the source, the feedback loop of reciprocal source light is generated and expanded. Our goal during these end cycle times is to create the tri-tone (neutral field) that draws the composite energy back into the zero point as a feedback loop, back into the source of all creation. This trinity field creates an eternal and perpetual supply of life force that regenerates the bodies. This eternal supply of life force is the Cosmic Christos light and the trinity principle.